Home › Theology › Three Crucial Questions About the Trinity: Part One (Is It Biblical?)

Three Crucial Questions About the Trinity: Part One (Is It Biblical?) 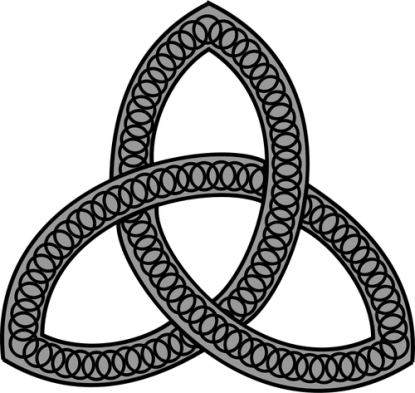 One of the most central beliefs of the Christian faith is the recognition that God is triune – he’s three-in-one; a Trinity. We believe that there is only one God, but the one God eternally exists as Father, Son, and Holy Spirit.

This does not mean Christians believe in three gods. Classical theologians from the earliest days of church history have summarized the Trinity as “one Being (or essence), existing as three Persons.”

It may seem baffling, but then again, this is God we’re talking about! It’s to be expected that his nature is more than mere humans can fully comprehend.

But that doesn’t mean that the Trinity has to be nothing more than a dusty old conundrum for scholars to ruminate on. The reality of God as three-in-one has profound implications for the Christian life.

Over the next few posts, we’re going to explore three very important questions about the Trinity. First: Is it a biblical concept? Second: If it is, where does Scripture mention it? And third: What difference does it make in our lives?

Let’s tackle the first one:

Didn’t the Idea of the Trinity Develop Long After the Bible Was Written?

This is a charge that many uninformed folks like to make against orthodox Christianity. They claim that the idea of a “Trinity” grew out of pagan ideas of multiple gods and that it was introduced to Christianity by later church councils long after the New Testament was written. This claim persists especially among unorthodox groups like Jehovah’s Witnesses (as I discussed in my overview of unorthodox “Christian” sects).

But it’s actually a false claim.

Even though the term “Trinity” doesn’t appear in Scripture, the concept is certainly there. It’s evident in the way that the New Testament speaks about the Father, the Son (Jesus), and the Holy Spirit.

The more technical language of Trinitarian theology developed throughout church history as a way to help summarize and clarify the truths about God that we see in the Bible. It wasn’t a pagan invention; rather, it was an exercise in helping new believers understand what it meant to be baptized as Jesus instructed: “in the name of the Father and of the Son and of the Holy Spirit” (Matthew 28:19).

When we talk about the Trinity, we’re doing our best to make sense out of the God who has revealed himself as our Heavenly Father, as Jesus Christ our glorious Lord, and as the Holy Spirit who is God’s very presence with us.

I like how Thomas Oden summarizes it in his book, Classic Christianity:

“The earliest Christians were steeped in monotheistic faith, but they had to make sense out of this decisive event — this living presence of the risen Lord in their midst. They understood Jesus to be not part God, not merely similar to God, but in the fullest sense “true God” (John 17:3; 1 John 5:20; Rev. 3:7 . . .) This is the reason we have triune thinking. If the first generation witnesses had not been bathed in that vital experience, we would not be talking about the Trinity today. In that sense, the core of triune teaching did not undergo a century of development before being realized, but was grasped in the first generation of witnesses” (pg. 107).

It was only as people later challenged the divine status of Jesus and the Holy Spirit that Christian theologians had to develop detailed defenses of Trinitarian theology.

That’s why the later church councils, such as the Council of Nicaea (325 A.D.), the Council of Constantinople (381 A.D.), and others all spent so much time and energy fleshing out Trinitarian thinking. Earlier generations of Christians, on the other hand, largely took it for granted.

For example, writing in the early 100s A.D., the bishop Ignatius speaks of how the apostles submitted equally “to Christ, and to the Father, and to the Spirit” (To the Magnesians, 13). Likewise, in the early Christian work The Martyrdom of Polycarp (around 150 A.D.), the dying bishop prays to God the Father: “I glorify Thee, through the eternal and heavenly High-priest, Jesus Christ, Thy beloved Son, through whom with Him and the Holy Spirit be glory both now [and ever] and for the ages to come. Amen” (MartPol 14.3, emphasis added). In other words, all three members of the Trinity are given equal glory as God.

By the early 200s A.D., still long before any of the major church councils, a Christian theologian named Tertullian could speak of belief in the Trinity as a “rule of faith” that “has come down to us from the beginning of the gospel, even before any of the heretics” (Against Praxeas 2).

From the beginning, then, those who professed to be Christians but denied the doctrine of the Trinity were the exception, not the rule.

In Part Two, we’ll look at the places in Scripture where the Trinity is revealed most clearly.

See you down the path!

Like Loading...
‹ A Handy-Dandy Guide to Unorthodox “Christian” Sects & Cults
Three Crucial Questions About the Trinity: Part Two (Where Is the Trinity Revealed in Scripture?) ›