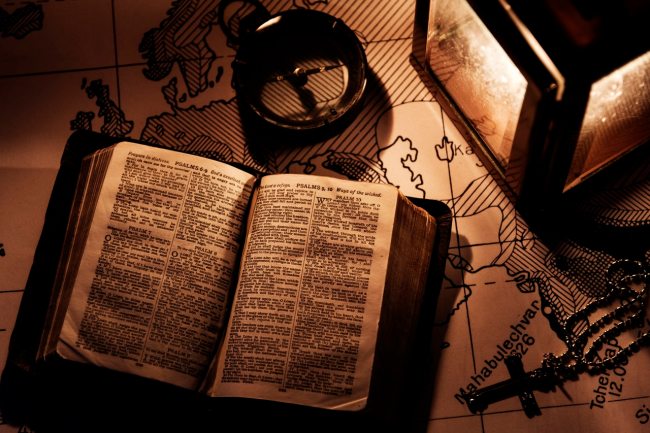 This fall, I’ll be leading the young adults in our church through a study of the book of 1 Peter. I chose this book to teach through for several reasons.

The first is just that it’s one of my personal favorites. When I began following Christ as a senior in high school, I gravitated toward 1 Peter’s depiction of the Christian life as being like that of a foreigner living in a strange land. While the surrounding society may not understand us or share our values, and indeed may reject and oppose us, we are nonetheless chosen by God and called to pursue holy and charitable living because of the hope we have in Christ.

And that’s the second reason I’m excited to work through 1 Peter again: It has much to say about Christian identity, cultural engagement, and the interaction between the two. During a stage of life that’s all about figuring out one’s place in the world, these are some of the most important topics to be thinking about.

The Theological Message of 1 Peter

The first epistle of Peter is a fascinating book. It’s also a book that is relatively overlooked in the modern church — at least when one compares it to, say, Paul’s writings, or the book of James, or the four Gospels. Peter may have been the most prominent of Jesus’ twelve disciples, but the writings attached to his name haven’t enjoyed the same preeminence.

That may be because 1 Peter deals primarily with a topic that is rather unglamorous, especially to modern, Western sensitivities: namely, the notion that believers in Jesus will have to undergo suffering as a result of their faith.

Other books of Scripture also bring up this truth, but 1 Peter dwells on it at length and, more than any other book, draws out the connections between the suffering of believers and the suffering of their crucified Messiah. Peter speaks of Jesus’ faithful obedience to God the Father through suffering and death into resurrection and glory as the template that believers’ lives are to conform to (1 Peter 2:21), and he offers very practical instruction for how this should shape the lives of Christians as they interact with an unbelieving society.

As one commentator writes,

“Herein lies the significance of 1 Peter for modern readers. Christians need to be transformed in their thinking about who they are in Christ and what that implies for relationships with other believers and with society, regardless of one’s historical moment or geographical location. First Peter applies principles of Christian conduct to a specific Christian community living out the faith in troubling times, and so this letter has something important to say about the engagement of Christians and culture. These concepts of Christian self-understanding and cultural engagement speak to the heart of the believer, whether babes in Christ or seniors in the faith.”

Jesus sets the template that the Christian is to follow in society: bearing witness about God’s kingdom; doing good; refusing to repay evil for evil; confidently obeying God the Father even through suffering and death, with vindication and glory on the other side. When Christians embody this Jesus-shaped way of life, they will be a light to the surrounding culture and can endure opposition with a confident and “living” hope (1:3-7; 2:11-12).

That’s the heart of 1 Peter’s theology. As I teach through it over the coming weeks, I’ll be sharing some of the most important insights and resources here on the blog for those of you who would like to go down the trail with me.