Home › General › 1 Samuel 4, Coronavirus, and the Illusion of Control

1 Samuel 4, Coronavirus, and the Illusion of Control 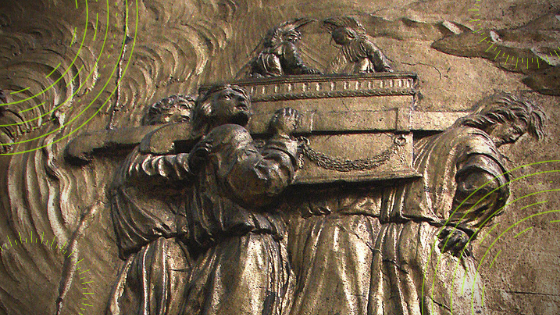 I’m currently teaching through the book of 1 Samuel and I was surprised by the fresh relevance of a particular scene in it. 1 Samuel 4 hasn’t been a source of great devotional insight to me previously, but in the midst of the current health crisis that has gripped the globe, suddenly there are some implications in this little story that have taken on a fresh urgency. These implications were not lost on my class this past Sunday morning, and I thought I would share them here.

First, the context: During the days of the prophet Samuel (c. 1070-1015 BC), the ancient Israelites were living under constant threat from their western neighbors, the Philistines. These were times of frequent conflict. We can easily imagine a sense of fear and public anxiety gripping the nation, as God’s people wonder, “Will our town be the next one the enemy attacks?” Sure enough, war rears its ugly head.

Tragedy. 4,000 Israelite men lie dead on the battlefield as the enemy prepares to advance. Israel’s elders complain (as one does), pondering how God could have let this happen to them (4:3). They were his chosen people, after all! Wasn’t he obligated to defend them??

Even a cursory reading of their entire history up to that point would have confirmed that yes, of course God defended his people . . . when they were being faithful and not living in sin! The text of 1 Sam 4 does not make explicit that this was the reason for their defeat, but it should have been obvious to them by that point (see, for example, the entire book of Judges). So our narrator leaves it tantalizingly implied. The Israelites ask the right question (“Why did this happen?”), and we as the readers know the answer and can fill in the blank, but what the people do next is completely off-track.

For you see, rather than take the time to examine their personal standing with the Lord, and rather than search their hearts to see their own sinful pride and repent of it, Israel’s leaders come up with a clever idea.  They devise a strategy that they just know will ensure success in the next fight: they’ll take the Ark of the Covenant (a symbol of God’s presence among his people) out of God’s sanctuary and carry it ahead of the troops into battle.

What could go wrong? After all, this had worked in the past!

In the days of Joshua, the ark was often carried before the troops of Israel, and great and mighty moves of God took place afterward (see Josh 3 & 6). With the physical symbol of God’s presence at their front line, he would have to defend them! If God let the Philistines win again, it would damage his reputation! There’s no way he’d let that happen — it would be so embarrassing!

So how did that plan work out for them? Verse 10 tells us, with a rather unsettling matter-of-factness:

“So the Philistines fought, and Israel was defeated, and they fled, every man to his home. And there was a very great slaughter, for thirty thousand foot soldiers of Israel fell. And the ark of God was captured . . .” (1 Sam 4:10-11a, ESV) 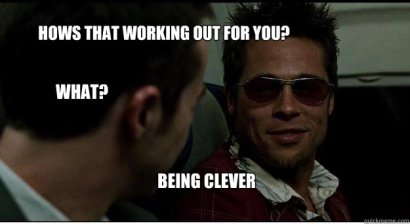 Lest we think God dropped the ball, the next two chapters go on to tell of how God supernaturally humbled the Philistines and brought his ark back to Israel without the Israelites lifting a finger. He defends his own honor, while punishing the pride and presumption of both his own people and their enemies.

In this story, God proves beyond doubt that he is in control, and that he is beyond clever little tricks to manipulate his favor. He also reminds his people and the Philistines that their sense of being in control is an illusion.

So, what can we learn from the Israelites’ bad example?

First of all, we must understand what they did and why it was so wrong. Instead of turn to the Lord, the Israelites turned to pragmatism. Rather than pray to God, they attempted to manipulate him; to coerce his favor. Not only did they assume that God was as petty as they were, but they scrambled to maintain some sense of their own control over the outcome.

And that’s the second point: Our sense of control is an illusion. This is a lesson that is being brought to bear quite forcefully upon each of us by the COVID-19 outbreak which we find ourselves living under.

As I see so many people in my country react to the probability of quarantine with panic, hysteria, and a selfish scrambling to hoard as many resources as they possibly can for themselves, it makes me realize how much we as people are driven by the need to feel like we are in control. We think our actions, our “preparedness,” can guarantee comfort and success for us and ours. (I’m just as guilty, but at least I’m not hoarding toilet paper!)

As people’s normal routines and expectations are being brought to a grinding halt and replaced with rapid change and uncertainty about tomorrow, suddenly folks who were content to live on autopilot are having to stop and consider just how little control they really have over their lives.

The lesson of James 4:14-16 is being hammered into us: “…you do not know what tomorrow will bring. What is your life? For you are a mist that appears for a little time and then vanishes. Instead you ought to say, ‘If the Lord wills, we will live and do this or that.’ As it is, you boast in your arrogance. All such boasting is evil.”

Too often we are like the Israelite elders in 1 Samuel 4. We may give a passing thought to what God might be doing in all this chaos, but then rather than really listening and pressing in and doing some serious soul-searching, we jump to pragmatism and rush off without thinking to the next activity that might bring us some temporary comfort.

And that brings me to the third lesson: It is wrong to assume that what has worked in the past will work now. In a time when God may be trying to teach us something new, we jump the gun and trot out our sacred arks and complain when it doesn’t work.

This is something I’ve run into among many church friends recently. As local church campuses close and switch to smaller gatherings or online-only services, folks who have been accustomed to the routine have been quick to get angry and complain. They assume that when their leaders take precautions, they’re giving in to fear or liberalism.

Now don’t get me wrong; I’m not saying that everyone who is disappointed or frustrated about not being able to gather corporately as Christ’s people are having wrong motives. We absolutely should value and prize physical fellowship with other believers (Heb 10:25). In fact, it’s arguable that those who have too easy of a time jumping to online-only “church” might need to reexamine their ecclesiology.

But if we want to criticize our ministry leaders for showing concern for the vulnerable, for taking wise and good precautions, and for following the suggestions of scientific experts concerned with safeguarding the well-being of our communities, our nation, and our world, simply because it’s not what we’re used to and it’s not “the way we’ve always done things?” That’s an attitude that needs to change.

And we definitely should take every opportunity to care for and love our local neighbors — whether by reaching out to meet their needs, or, in many cases, by simply staying home to reduce the rate of outbreaks.

We should all be prayerfully seeking the guidance of the Holy Spirit on what he wants us to do before we start reaching for the ark and deciding for ourselves. And if you’re struggling with the fact that your illusion of being in control has been shattered, the best thing you can do is turn your heart toward the One who really is in control. See the disruption to your routine for what it is: a wake-up call. An invitation to a deeper walk with Christ.

For more on the ways in which the church can learn and adapt during this health crisis, check out the two links I referenced above. Also, for more great lessons from 1 Samuel, check out the commentary by Dale Ralph Davis, 1 Samuel: Looking on the Heart.