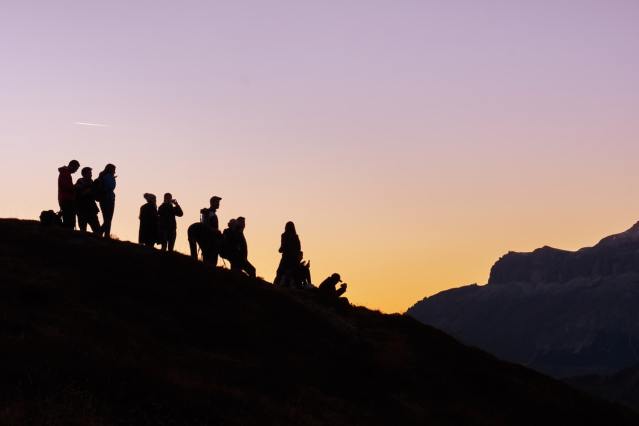 The first two verses of 1 Peter reveal that it is a letter from the apostle Peter (the most prominent of Jesus’ original twelve disciples), written primarily to Jewish followers of Jesus dispersed in regions of Asia Minor (now modern-day Turkey). The fact that Peter says his readers are the “chosen, living as exiles dispersed abroad” identifies them as Jewish people living in exile from their homeland of Israel (as I argued for in my last post).

No doubt this group also would have included Gentile (non-Jewish) followers of Jesus who chose to identify with the people of God through faith in their Messiah. But 1 Peter seems to have been written as a “Diaspora letter” to Jews — much like the ancient prophet Jeremiah’s letter to the Jewish exiles in Babylon, or the letter of James (which also opens with a reference to the “twelve tribes dispersed abroad,” and which no one doubts was written to a Jewish audience).

The social reality of these Jewish Christians points to a greater spiritual reality: By virtue of being God’s set-apart people, they are not at home in the largely unbelieving society around them. To their neighbors, they are foreign, strange, weird. They don’t share the same values or customs.

But while they may be exiles and rejects to the society around them, Peter’s readers are nonetheless God’s chosen people. This reminder of their true identity sets the foundation for everything Peter will say to them later. Before he instructs his readers on how they are to live within a society that rejects them, he first reminds them of the power of their identity.

Who they are defines how they must live, and why they must endure the things they endure.

Peter wrote this letter to these particular Christ-followers because they were suffering persecution from their neighbors. This wasn’t the official, state-sponsored persecution that we typically think of, with arrests and martyrs and the like. After all, when Peter originally wrote this (62-63 C.E.), it wasn’t illegal to be a Christian yet. In fact, “Christianity” was still viewed mainly as a minority sect within Judaism, which was legally tolerated (if not always liked) by the Romans.

What Peter’s audience was experiencing (as the rest of the letter makes clear) was mostly verbal harassment and social pressure from non-believers. Everyone was expected to honor the Roman gods and emperors and participate in Roman civic rituals (which often incorporated idol-worship and encouraged drunkenness and sexual promiscuity). So when Christians refused to participate because of their convictions, it could cause serious conflict (to put it mildly).

This is actually a lot like what we see today, where Christians are considered outsiders, weirdos, or freaks because we have different values than society. We get made fun of, called “intolerant,” or excluded. As we head into a cultural climate that’s getting ever more hostile toward traditional Christian morality, 1 Peter becomes even more and more relevant for us.

(1 Peter isn’t as popular in America compared to other books of the Bible, but in countries where Christians face physical danger for their faith, it’s commonly the most popular.)

In the second verse, Peter tells his readers that they’re “chosen according to the foreknowledge of God the Father.”

Now, we can read a lot into that, and there are all kinds of theological debates people like to have over predestination and free will and God choosing people from eternity past and so forth. But Peter does not dwell long on the theological implications here; it wasn’t really his main point.

Rather, in the first place, he’s giving a reminder that his Jewish readers are part of the nation God chose to be his vessel of redemption in the world. The language of being “chosen” is woven throughout the Old Testament in reference to Israel as God’s chosen people. Now, as people put their faith in Christ, they all (Jew and Gentile alike) are incorporated into the chosen people of God through Christ Jesus.

Secondly, Peter said this as an encouragement. He’s telling his readers that even when the world at large rejects them, they need to remember that God has chosen them. It is a reminder to every reader that there is only One whose opinion of your life ultimately matters.

God’s “foreknowledge” refers to his planning in advance (see verse 20, where Christ was “foreknown” before creation — i.e., his coming to earth was planned in advance by God). This encourages us in that none of your difficulties catch God by surprise. He knew in advance that if he called people to holy living, if he called people to give their allegiance to Christ, then there would be some suffering and trials that would follow. None of it falls outside his plan for history.

Believers are chosen AND exiles because God planned in advance that that would be his people’s calling. It’s the paradox of Christian living. But we can be comforted in knowing that God is in control, even when the world is against us. And God is with us, even when we feel most alone.

Chosen for a Covenant Relationship

Peter’s readers were chosen “through the sanctifying work of the Spirit, to be obedient and to be sprinkled with the blood of Jesus Christ.”

As most commentators point out, Peter’s language here echoes the covenant God made with Israel at Mount Sinai after the Exodus from Egypt. There he called the Israelites to be consecrated (or sanctified; set apart) to him as a holy people, to be obedient to his law, and to be sprinkled with the blood of the animal sacrifices as atonement for their sins (see Exodus 24:1-8).

But Israel had broken that covenant over and over again through their disobedience to God. That was the reason they were exiled from their land. They were in need of restoration and renewal. And God announced through his prophets of old that such a renewal would come to them. He would make a new covenant with them, restore them, and put his Spirit in them so they could obey his law from the heart (see Jeremiah 31:31-34; Ezekiel 36:22-37:14).

Now that the Messiah, Jesus, had come, this new covenant was begun! All who come to Jesus in faith receive the renewal the prophets foretold: a new start, an obedient heart, and filling with God’s Holy Spirit. When one becomes a child of God through faith in Christ, they are set apart for his purposes. But they must walk in those purposes through obedience to Jesus Christ.

Taken together, this whole phrase teaches that Christian identity is all about our covenant relationship to Jesus Christ and our walk with him. Everything we are and do should flow from that identity. And every trial we suffer can be overcome because of that identity.

Are you building your identity around what the world says you should be, or around who God says you are?