Some Thoughts on the Difficult Doctrine of Hell 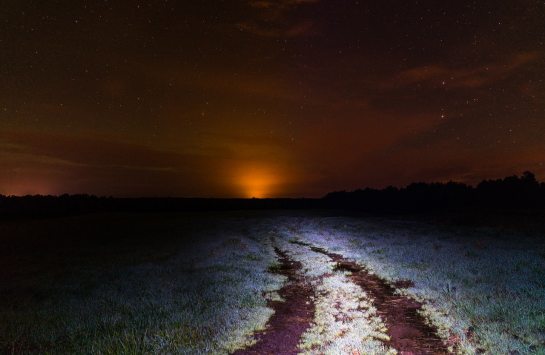 A lot of people say that the reason they won’t believe in God is because they find the idea of an eternal hell to be, in their opinion, a terribly unjust notion.

Granted, they may think that there are some really, really nasty people who deserve to go to hell (depending on their definition of a really, really nasty person). But how could a loving God send, for example, their sweet old grandma or grandpa to hell to suffer horribly forever simply for not being a Christian?

It’s not a question I entertain lightly. There is far too much at stake to be flippant with our responses to this objection. And I freely admit up-front that I do not have all the answers. It’s a topic I still wrestle with as a Christian.

But for what it’s worth, here are a few of my thoughts on hell for those who struggle with the doctrine. They aren’t meant to be the final word on the matter; I simply hope they might bring some helpful perspective to others as they’ve helped me.

1. God doesn’t want anyone to go to hell, but people will go there because they’ve rejected his grace in their lives.

According to Jesus, God never wanted for hell to have to be used on people. Rather, it was “the eternal fire prepared for the devil and his angels” (Matt 25:41). It wasn’t originally meant for us.

But for those who reject God’s kindness in their lives, it becomes the fitting punishment. That’s because to reject God is to reject the source of life. It’s to reject eternal goodness and joy.

And Jesus tells us that this is a decision with permanent consequences. He makes clear that there are people who “will never be forgiven, either in this age or in the age to come” (Matt 12:32), because they have rejected the Holy Spirit’s testimony about Christ. (That one statement from the Lord is sufficient, in my view, to rule out the wishful thinking of universalism — that all will be saved eventually.)

But we should never picture God as a cruel despot gleefully casting souls into hell. The Bible speaks over and over of God’s desire that no one should have to perish:

“For God loved the world in this way: He gave his one and only Son, so that everyone who believes in him will not perish but have eternal life. For God did not send his Son into the world to condemn the world, but to save the world through him.” (John 3:16-17)

“The Lord is not delaying the promise, as some consider slowness, but is being patient toward you, because he does not want any to perish, but all to come to repentance.” (2 Peter 3:9, LEB)

Consider what C. S. Lewis says about hell, from his book The Great Divorce:

“There are only two kinds of people in the end: those who say to God, ‘Thy will be done’ and those to whom God says, in the end, ‘THY will be done.’ All that are in Hell choose it. Without that self-choice, there could be no Hell. No soul that seriously and constantly desires joy will ever miss it. Those who seek, find. To those who knock, it is opened.”

2. Not everyone will suffer the same punishment in hell. The judgment will correspond to the deeds of the person.

For anyone who asks why a kind unbeliever would have to suffer the same fate as the worst murderer, it’s important to note that the Bible doesn’t actually say that. In fact it teaches that people’s judgments will differ according to how they lived their lives.

Jesus himself taught that there will be different degrees of judgment. When the citizens of Chorazin and Bethsaida refused to believe in him after witnessing his ministry, he announced, “Woe to you, Chorazin! Woe to you, Bethsaida! For if the miracles that were done in you had been done in Tyre and Sidon, they would have repented long ago . . . ” (Luke 10:13).

In another place, Jesus declares: “And that servant who knew his master’s will and didn’t prepare himself or do it will be severely beaten. But the one who did not know and did what deserved punishment will receive a light beating. From everyone who has been given much, much will be required; and from the one who has been entrusted with much, even more will be expected” (Luke 12:47-48).

So I think we can conclude with confidence that, for example, a serial killer will have it much, much worse on judgment day than your easygoing atheist neighbor.

What’s more, in Acts 17:31 the apostle Paul declares that God “will judge the world’s people with fairness” (CEV). All of his decisions will be just. At that final evaluation, when people receive their sentence from God’s judgment seat — no matter what that verdict is — the Bible makes clear that everyone who ever lived will ultimately acknowledge, “This is fair. The Lord has judged justly.”

3. If there is ever going to be justice for all of the wrongs in this world, there must be a judgment in the next.

Think of the sheer number of people throughout history who have committed horrible atrocities and were never caught or punished by a human court of law during their earthly lifetime. If we’re to understand that there is ultimate justice in the world, there must be a hell of some kind — a punishment that awaits the unrepentant in the afterlife (see Psalm 73). Without hell, we are left to conclude that there ultimately is no justice to the universe other than what we’re able to mete out with our own incomplete efforts.

As Tim Keller points out in his book The Reason for God, it is belief in an ultimate judgment on unrepentant evildoers that actually frees people from the endless cycle of seeking vengeance and retaliation. He writes, “If I don’t believe that there is a God who will eventually put all things right, I will take up the sword and will be sucked into the endless vortex of retaliation. Only if I am sure that there’s a God who will right all wrongs and settle all accounts perfectly do I have the power to refrain” (77). That’s part of why Christians can choose to be forgiving, to embrace non-retaliation, and to endure persecution. Because hell exists, we can leave vengeance in God’s hands (Romans 12:19; 1 Peter 2:23; 4:18-19).

4. A good chunk of Scripture’s teaching on the fate of the wicked suggests that their pain will not be everlasting, but will end in total destruction.

This is a controversial question in the conservative, American evangelical circles I run in. But it is nonetheless important to the conversation: Will hell involve literal, endless torment, or will it culminate in destruction and non-existence? The former view has indeed been the majority view of the church since at least the third century CE, from what I can tell, which is why it is called the “traditional” view.

But another school of thought holds that when the Bible talks over and over about the “destruction” of the wicked after the final judgment, we should take it quite literally, rather than as a metaphor for everlasting torment. This view is commonly labeled “annihilationism,” “conditional immortality,” or “conditionalism.” (For good introductions to the view, see here and here.)

If hell does involve total destruction, will that happen immediately or only after a period of incredible anguish? Perhaps Jesus’ teaching about different degrees of punishment has to do with the length of time the unsaved undergo judgment before being destroyed. Alternately, if one holds the traditional view, people will endure their differing punishments forever. But will they be literally tormented by fire, or will it be more of a self-inflicted, psychological burden they carry forever?

The short answer to these questions is, we don’t know. There is a fairly wide diversity of Christian convictions on the subject — and I’m okay with that. The differing metaphors used in Scripture to describe hell leave many open questions. I personally still have exegetical reservations that keep me from fully adopting the annihilationist view, but I don’t consider it to be outside of Christian orthodoxy. I’ll probably write more on that in the future.

But no matter what hell ends up looking like, Jesus makes one thing clear: You do not want to find out by going there! “Better to enter life with one eye than to have both eyes and be cast into hell!” (see Mark 9:43-48).

Especially when you consider the glorious alternative: eternal life with Christ, enjoying the beauty and goodness of God in paradise forever.

All of that leaves one other very important question: What about those who’ve never heard the gospel during their lifetime? If they never had a chance to to meet God’s condition of trusting in Christ for salvation, then how is he just for sending them to hell?

That’s a question worthy of its own post, so we’ll revisit it later. But for now, as a bit of a spoiler, I’ll just say this: If you have heard, then the better question is, What about YOU?

It includes helpful essays introducing various Christian perspectives on judgment and hell, with counterpoints from the other authors. The essay on conditionalism gives a great orientation to that view.