Home › Bible study › Was 1 Peter Written to Jews or Gentiles? Why the Answer Matters More Than You Might Think

Was 1 Peter Written to Jews or Gentiles? Why the Answer Matters More Than You Might Think 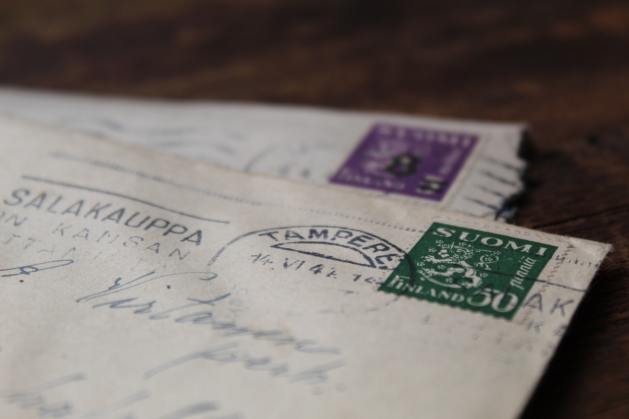 The opening line of 1 Peter identifies it as a letter from “Peter, an apostle of Jesus Christ: To those chosen, living as exiles dispersed abroad in Pontus, Galatia, Cappadocia, Asia, and Bithynia…” (1:1, CSB).

At first blush, the wording suggests that Peter is addressing ethnically Jewish followers of Jesus. He calls them the “chosen” — Israel was God’s chosen nation in the Old Testament. He refers to them as “exiles” — the Jewish people had been exiled from their homeland by the Babylonians in 586 B.C.E. And when he says they are “dispersed abroad,” the Greek term he uses is “diasporas,” a term used to refer to the scattering of the Jewish people (from which we get the phrase “Diaspora Jews”).

And yet, there are some other verses in 1 Peter that seem to suggest the letter was intended for Gentile (non-Jewish) Christians — leading to much debate among commentators.

Scholars have long been divided over the question of 1 Peter’s intended audience, but it seems the majority of classical interpreters took the phrase “exiles dispersed abroad” at face-value, seeing a Jewish audience to be in view. John Calvin is a good representative when he writes in his commentary on 1 Peter:

“They who think that all the godly are thus called, because they are strangers in the world, and are advancing towards the celestial country, are much mistaken, and this mistake is evident from the word dispersion which immediately follows; for this can apply only to the Jews.” [1]

In modern times, though, the consensus has shifted. Today most scholars understand 1 Peter to have been written to Gentile Christians. They do so primarily because of verses like 1:18 and 4:3, but also because the regions Peter addresses were largely Gentile territory.

Does It Make a Difference?

Why does it matter whether 1 Peter was written primarily to Jewish or Gentile followers of Christ? What difference does it make for interpretation?

It turns out that if we take 1 Peter as addressing a Gentile audience, then the epistle becomes one of the strongest supports for the theological idea that the church has replaced Israel as the people of God. This concept is also referred to as “replacement theology” or “supersessionism” (i.e. the church supersedes Israel).

In 1 Peter 2:9, the readers are said to be “a chosen race, a royal priesthood, a holy nation, a people for his possession” — phrases pulled right out of the Hebrew Scriptures as descriptors of the nation of Israel. If Peter is applying this imagery to Gentiles, then as Scot McKnight claims, “There is no passage in the New Testament that more explicitly associates the Old Testament terms for Israel with the New Testament church than this one.” [2]

But if the original readers of 1 Peter were themselves ethnically Jewish, then Peter’s language is not surprising at all, and it would undercut the use of 1 Peter as a proof-text in support of supersessionism. That’s not to say you couldn’t potentially arrive at a supersessionist theology from other passages, but 1 Peter 2:4-10 is often one of the most important passages in the debate, so it’s worth considering.

That said, here are four reasons why I believe, against the current consensus, that 1 Peter was originally written to Jewish followers of Jesus.

Four Lines of Evidence That Point to a Jewish Audience:

#1: A straightforward reading of 1:1 supports a Jewish audience.

As I mentioned above, this is the simplest and best way to make sense of why Peter refers to his readers as the chosen exiles of the Diaspora. This phrasing was enough to convince most pre-modern interpreters of 1 Peter that it was written to ethnic Jews. It’s also the strongest argument for a Jewish readership.

The term diasporas is only ever applied to ethnic Jews in biblical texts (John 7:35; James 1:1; in the Apocrypha, 2 Maccabees 1:27; Judith 5:19), so if it were taken to mean Gentiles in 1 Peter 1:1, it would have to be a remarkable exception. It certainly wouldn’t be a natural reading of the verse.

#2: Peter’s critique of their former way of life actually applies quite well to Hellenistic Jews in the Roman Empire.

Commentators often stress that it’s hard to see the Jewish apostle Peter referring to his Jewish heritage as “former ignorance” (1:14) and an “empty way of life inherited from [the] fathers” (1:18). Funny enough, however, it apparently wasn’t difficult for the apostle Paul (himself also Jewish) to describe Judaism apart from faith in Christ as a life of ignorance (Romans 10:2-3; 1 Timothy 1:13) and a life dominated by sinful desires (Ephesians 2:3). In Philippians 3:2-9, Paul similarly describes all of his Jewish merits as worthless compared to knowing Christ (Philippians 3:2-9).

What’s more, as Jim R. Sibley points out in his article on this issue, Peter’s critique of the “traditions of the fathers” makes perfect sense if referring to such traditions as those of the Pharisees, which Jesus himself vehemently criticized (Matthew 15:1-9) and which Paul also distanced himself from (Galatians 1:14). [3]

We know from archaeology that not only was there a substantial Jewish population living in the regions Peter addresses, but they were very much prone to emulate the pagan lifestyle of their Greco-Roman neighbors when it was socially advantageous for them. [4]

All of this to say that Peter’s language isn’t all that unexpected if referring to a Jewish audience; indeed, it’s all the more powerful for highlighting the need that even the Jewish people have for the redemption available in the Messiah Jesus.

#3: Peter’s use of Old Testament prophetic imagery points to a Jewish audience.

Peter alludes to prophecies from Hosea 1-2 to describe his readers in 2:10, and that Old Testament text clearly refers to the Israelites. Hosea speaks of Israel’s abandonment of God and subsequent restoration. If Peter is addressing Jews, then he is not throwing away the original context of Hosea, but is actually demonstrating its fulfillment in the way Jesus of Nazareth is bringing about the promised restoration of his people.

In 2:25, Peter says that his readers are returning to the Shepherd and Overseer of their souls. If Gentiles were in view, we might expect him to say they were turning to God for the first time, or were returning to their Creator. But the “God as Shepherd” imagery makes better sense if referring to the covenant relationship of God to the Jewish people, since the Hebrew prophets frequently use that metaphor (Psa 80:1; Ezek 34:13-16; Hos 4:16; Zech 11:7).

At various points in the letter, Peter’s readers are exhorted to live holy lives in the sight of the “Gentiles” they live among. As Sibley writes,

“Those outside of the circle to whom Peter is writing are referred to as ‘Gentiles’ (ἐθνῶν). The pronouns are most significant: ‘You’ are not a part of ‘them’ and ‘they’ are surprised that ‘you’ do not run with ‘them,’ and therefore, ‘they’ malign ‘you.’ It would hardly be possible to draw a sharper contrast between the Gentiles and Peter’s audience. The clear implication is that his audience is comprised of Jewish believers. Since, however, it has been concluded that the audience, though Gentile, is being addressed as the ‘true Israel,’ then the word ‘Gentiles’ is reinterpreted as ‘unbelievers,’ or non-Christians.” [5]

I put this argument last, however, because there are instances where the apostle Paul felt free to refer to all non-believers as “Gentiles” (1 Corinthians 5:1; Ephesians 4:17; 1 Thessalonians 4:5), so it’s not beyond possibility that Peter did, too. This is part of the reason why commentators have so long debated whether 1 Peter was written to Jews or Gentiles.

But based on the other three lines of evidence above, it’s more natural to take Peter’s reference to Gentiles as an ethnic distinction first, and a religious distinction only by extension.

Reading This Jewish Letter as a Gentile Christian Today

So what’s the upshot of all this? If 1 Peter was written to ethnically Jewish followers of Jesus living in Asia Minor as part of the Diaspora, then what does it have to say as Scripture for Gentile Christians like me?

The way I look at it, 1 Peter stands as a reminder that what we now know as “Christianity” began as a sect within Judaism. It didn’t start out as a Gentile religion that was totally separate from God’s dealings with the Jewish people. Rather, it was a movement of Jews who had recognized that their Messiah had come, and that the Messianic Age promised in the Hebrew Scriptures was finally dawning.

Along with the arrival of the Messianic Age came the inclusion of the Gentiles into God’s people as part of the New Covenant. People from all nations were now being grafted into God’s covenant people (see Romans 11). This doesn’t necessarily mean the same thing as saying that an entirely new entity (the church) replaced Israel; it could just as well mean that the availability of becoming members of Israel had broadened. Jewish priority is maintained (as Paul seems to stress in Romans 1:16; 2:9-10).

Bottom Line: Since 1 Peter was most likely written to an ethnically Jewish audience, it shouldn’t be pressed into service as a linchpin in arguments to support supersessionism. The conversation is much more complex than that. If one wants to read 1 Peter from a supersessionist perspective, the rationale needs to be stronger than just saying, “He’s applying OT terms for Israel to a Gentile audience.”

Of course, there are all sorts of other issues and passages to consider when constructing one’s theology of Israel and the church. But whatever theological system we adopt, we need to make sure we’re reading 1 Peter with the grain of its Jewish context rather than against it.

[1] John Calvin, Commentary on the Catholic Epistles, accessed from https://www.ccel.org/ccel/calvin/calcom45.iv.ii.i.html.

Like Loading...
‹ No One Can Come to Jesus Unless the Father Draws Them: Two Views on Election in John 6
Chosen Exiles: Reflections on 1 Peter 1:1-2 ›